Fighting fires with the appropriate foam allows firefighters to do their job more effectively, efficiently and safely.  The foam acts as a fire suppressant by cooling and coating the fire to prevent contact with oxygen.  There are many types of firefighting foams for different types of fires.

Class A firefighting foams combine water and foaming detergent surfactants for fighting wildfires and structure fires.  When a surface is treated with the foam, it is more difficult for fuels to ignite because their level of hydration has been raised.

Synthetic foams – based on synthetic surfactants. They are toxic groundwater contaminants that provide better flow and spreading over the surface of hydrocarbon-based liquids resulting in a faster knockdown of flames.

Protein foams – contain natural proteins as the foaming agents.  They are biodegradable with a slower spread and flow.  The foam blanket formed is more heat-resistant and more durable.

Call Fire Control Systems to determine which type of foam extinguisher is best for you. 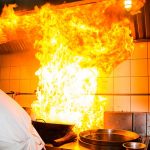 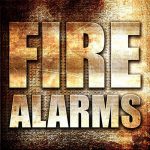