What are ABC Fire Extinguishers? 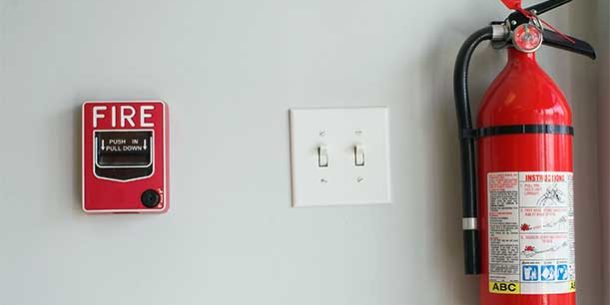 Every fire extinguisher has an alphabet rating that tells you what types of fires it can extinguish.  The letters stand for the class of fire the extinguisher can be used against:

How does an ABC fire extinguisher work?

Dry chemical extinguishers contain foam or dry powder with compressed nitrogen as the propellant. They work by smothering the fire: when you put a layer of powder or foam on the fire, you cut the fuel off from the oxygen around it, and the fire goes out.

It is important to know how to use a fire extinguisher correctly.  Remember the word PASS:

An extinguisher with an ABC rating is suitable for use with fires involving ordinary combustibles, flammable liquids, and energized electrical equipment.  An extinguisher that is rated for use with multiple hazards should include a symbol for each hazard type.  If you have any questions about fire extinguishers or need training in the correct way to use one, call Fire Control Systems today.